Clever Ideas is still open. However, due to Covid-19 some of my suppliers have closed. If you would like to place an order, could you please email first, and I can find out if I can fulfil your order Thank you, Stay Safe Dismiss 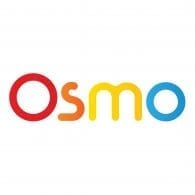 Transform your tablet into an early learning tool!

Designed for early learners, ages 3-5, the games in Osmo Little Genius Starter Kit take preschoolers on a hands-on adventure through the fundamentals of learning.  Osmo technology ‘sees’ how kids move real-world tangible pieces in front of the screen and responds with on-screen encouragement, guidance and giggles.  In the end, they’ll spurt their imaginations, learn critical skills and have a blast!